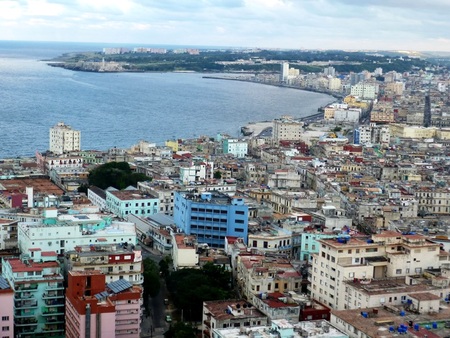 From the elegance of the Spanish colonial and baroque period to the modern high-rises of the 1940s and '50s, Havana's diverse architecture reflects Cuba's rich sociopolitical history.

In the sixteenth century, the wealthy and well-fortified city of Havana served as a key port between the "Old" and "New" Worlds, and displayed the influence of Spanish, Moorish, Italian, Greek, and Roman architecture.

Spanish immigration continued throughout the centuries, and immigrants in the early 1800s brought with them the styles of Seville, Cadiz, and Granada, ushering in a period of neoclassicism that culminated in the construction of the architecturally rich Vedado district.

At the start of the twentieth century, Havana enjoyed a time of unequaled growth and prestige.  Buildings of the time—including the Capitolio, a miniature replica of D.C.'s Capitol building—showcased art nouveau, art deco, and eclectic styles.

By mid-century, modernism dominated the scene, transforming the skyline with towering apartments and monumental buildings, such as the Presidential Palace (1958) and the Edificio Focsa (1956), the latter of which still holds the distinction of being Cuba's tallest building.

Since Castro came into power in January 1959, Havana's skyline has remained largely unchanged.  Many construction projects begun in the 1980s were suspended following the fall of the Soviet Union, which for decades was the young country's principal source of imports.  Some have yet to be finished today. 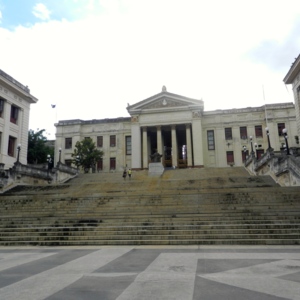 The University of Havana, founded in 1728 and located in the Vedado district. 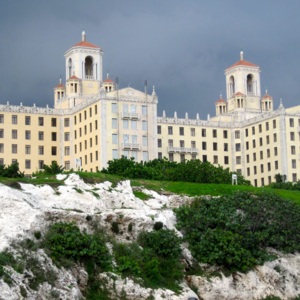 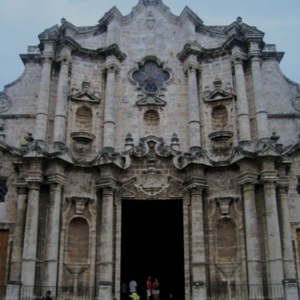 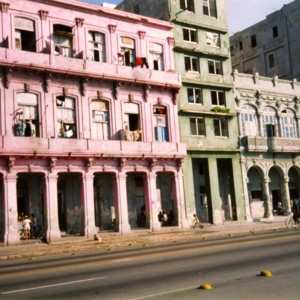 El Vedado District in Havana, as seen from the Malecón promenade. 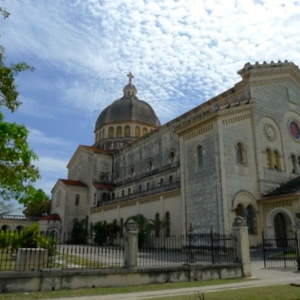 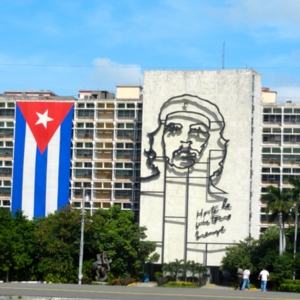 The Ministry of the Interior Building, adorned with a monument to Che Guevara, in the Plaza de la Revolución. 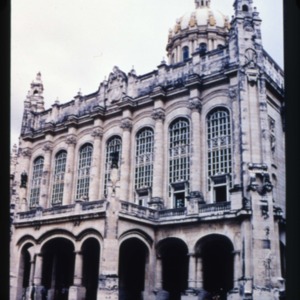 The Museum of the Revolution and erstwhile presidential palace, constructed in 1920. 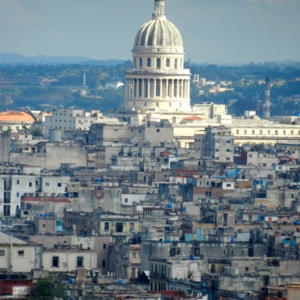 View of the dome of El Capitolio, completed in 1929.